Free qoutes. We will aim to beat competitors pricing to offer you the best deal! 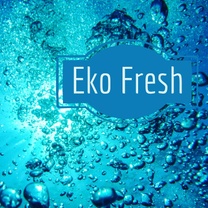 It's Not Clean until It's Eko Fresh clean

It's Not Clean until It's Eko Fresh clean

Mold can cause health issues due to it being a fungus based life form. Symptoms can include but not limited, sinus congestion, respiratory problems, throat irritation, skin rash, and headaches. Under respiratory problems mold spores can cause asthma attacks, allergic reactions and sinus congestion. Even though the mold does not cause this conditions to appear, but it does affect how they exist. Another way that mold effects the respiratory system is that if there is a high exposure amount of mold, then there is a significantly higher chance for infections and bronchitis. Also, mold can affect people who are hypersensitive to mold spores which can result in asthmatic episodes, or severe allergy attacks. Because of the health issues taking care of the issue of mold sooner rather than later, especially when trying to sell your property.

When going to sell your property one of your primary concerns is getting the most value out of your home. However, what can derail a defect in the home is that if there is something wrong with the home itself. Mold is an issue that many buyers are concerned about in older properties, but it also should be a concern in new properties as well. Mold in older properties is often found in the basement of the home, due to it being damp because of the lack of insulation. The opposite case is found in new homes however. In new homes the house is too well constructed to allow it to breath so the air from the outside becomes trapped in the home which causes mold to feed on the dry wall in combination with the moisture.

In the long term it can affect a number of issues that matter to your health and your financial well-being.

Dryer vent cleaning ought to be performed every six months to every year (depending on lint buildup) to guarantee  fire-safety,lower utility bills,and a more effective dry cycle. A blocked dryer vent can harm your clothing as well. 2,900 dryer vent fires are accounted for every year and cause  5 deaths, 100 wounds, and $35 million in property damage approximately.

We will clean your dryer vent and inspect it. With more than 17 years of experience, we have seen everything, and yearly cleaning is the best approach. Expert cleaning can likewise get a good deal on your electric bill and extend dryer life.